Parramatta to Macquarie Park and Chatswood rail connection: a 20+ year prospect no more 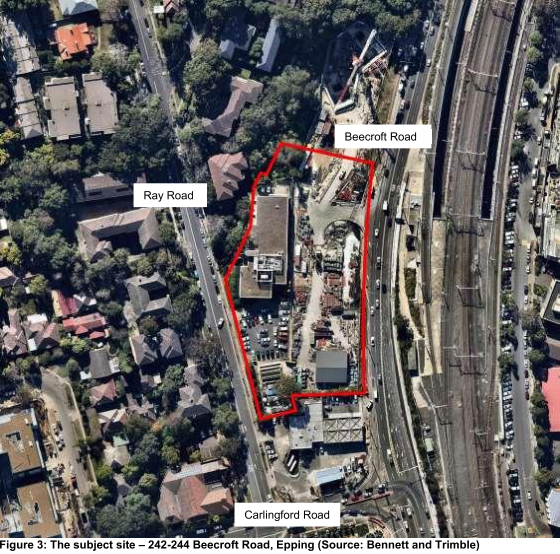 In decisions made over 20 years ago and consistent with the subsequently realised need for a 30 minute city, 2019 was supposed to have seen the completion of the rail link between Parramatta and Chatswood via Epping and Macquarie Park (PECL).

The project was partially completed with the Epping to Chatswood metro predecessor opening in 2009, but as a result of a decision of the Planning Minister announced just days ago https://tinyurl.com/vscuy35, that expectation has now been dashed. Probably forever.

Parramatta Light Rail Stage 1 links the Westmead Health and Education Precinct, Parramatta station, the University of Western Sydney at Rydalmere, new developments planned for the Telopea Precinct, terminating at the recent Carlingford high rise residential development. As well as fulfilling the by then 50-year-old PECL vision, the Future Transport Strategy 2056 shows a rail connection between Parramatta and Chatswood via Epping. While slower than the originally planned PECL which had no stops between Parramatta and Epping, the Parramatta Light Rail will be able to serve many more, especially intermediate, passengers and provide more customers for the north-west metro wishing to travel in both directions in the peaks. To relieve pressure on the main western line, the light rail does not connect to it at Clyde as was the case with the recently closed Carlingford line. Its first connection to the heavy rail network will be at Parramatta making it less attractive for those headed for the CBD.

With Clyde excluded, those travelling to the CBD would now prefer to join the metro at Epping. If only the light rail went that far. This can be possible if the light rail was extended to follow the route of PECL terminating at Epping station. The government owns land at 242 Beecroft Road Epping opposite Epping Station and on the route of PECL. The topography would suit it as the ideal underground terminus for the light rail.

Except that, without considering the possibility of combining the light rail terminus in any development above it on the site, the Planning Minister has now approved this State Significant Site for the construction of 442 apartments. This is despite the current and projected bleak outlook for residential development land. Once sold, it will not be possible to repurchase the land from 442 strata title proprietors. Despite the land being considered to be of State Significance, the Minister has only considered implementing a residents-at-stations policy. This is without seeing the bigger and consistently worthy aim of attracting more people to travel on public transport especially with contraflow possibilities in the peaks.

Parramatta Council opposed the DA on purely local grounds. But the strategic value of the land for additional purposes is obvious once demonstrated.

Too often governments have their minds focused on short term issues, but it can come at the cost of long term gains.